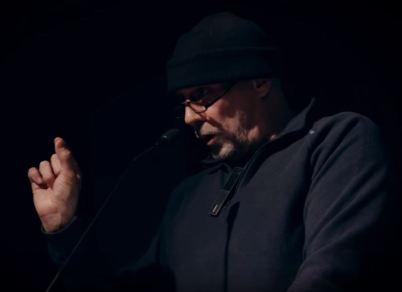 “Take my most recent conviction; people can see what’s happening. As well, the opposition aren’t very clever, systematically boasting about winning with typical arrogance – which means they’re poor strategists. They are too full of contempt to have a proper strategy; but they will crush and humiliate…

Yet if we read comments online, many will talk about double standards and how they’re sick of not being able to say anything in France. The hits we take show who is getting hit and who is doing the hitting, which increases the feeling of anger and also raises awareness

As well as individual heroism there is also a collective advantage in what might be considered as self-sacrifice.

THIS IS OUR STRATEGY.

We take the hits so that people can see who’s behind all this. Of course there is a huge army of liars against us: if the media suddenly started reporting with transparency and neutrality, we’d already have won ages ago.

People would get very angry indeed if they were to discover certain truths and that’s why we’ve also been organising, using the Internet, creating websites and producing videos, etc.

Sometimes I go to court dressed in a T-Shirt which says in large letters:
‘Gentile’ and underneath – ‘If we are Gentile men, then who are the Un-Gentile men’?
[Si nous sommes les Gentils, qui sont les Méchants?].

And I’m asked to remove it and I say no, I’m bare-chested underneath and I see no reason to take it off. A “Goy” T-Shirt – this is the kind of thing I do.

And yes, it’s a kind of self-sacrifice, but it’s political and we score points from it.

There’s even a great quote from Mao who said ‘Fight, fail, fight again… until victory,’ – and that’s how it is.”

[Coming soon: extracts from the video with English voiceover. British patriots would do well to take a lesson from their French counterparts].

If you appreciate my work please consider a small donation