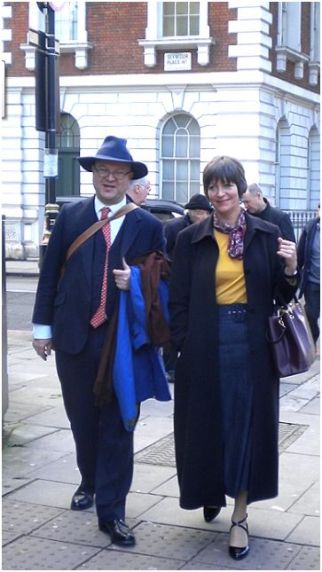 Reasons for the enemy wanting ever stricter bail conditions became clearer last Wednesday. First imposed December 2016 by Friend of Israel DJ Emma Arbuthnot (recused), I have now been on bail for 15 months. Last autumn’s Freedom of Information request provides ample confirmation of Crown witness and CAA Enforcer Steve Silverman‘s determined efforts to have me locked up for breach of bail, thus obtaining a police interview which could be used against me in court. Much of the questioning in fact centred on my answers to Sgt Jon Lloyd regards my song Too Extreme For The BNP for which no charges have been brought. I think on the whole press coverage was pretty fair: selective in parts, for sure, but Jenni Frazer actually manages to call me a performer – a giant step forward. Hurrah!