A year ago today, Robert Faurisson passed away. For more than 40 years, his life was entirely dedicated to the revisionist cause. By way of his study, research and quest for historical exactitude, he also sought exoneration for the German people, wrongly accused during and since the Nuremberg Victors’ Trials, and declared his unbending support for the plight of the indigenous Arabs of occupied Palestine.

In light of Faurisson’s dual citizenship (France/UK) and bilingualism, it is perhaps unsurprising that he was the first prominent revisionist to discover my own leanings in this direction. That was back in 2015 when I performed a quenelle salute at the Edinburgh Fringe. From that infamous day onward, Faurisson – with the help of his devoted sister, Madame Yvonne S. – was typically diligent in informing revisionists worldwide of my musical and other contributions, for which I am still immensely grateful.

When I began composing my series of Songs of the Shoah, I paid tribute to Faurisson in ‘Nemo’s Antisemitic Universe‘ – one of the songs which later saw me convicted and sentenced in an English court. Before circulating the video of my song, I sent him a copy, politely asking his permission to proceed. His response came almost immediately with a resounding J’approuve! The rest is history, so to speak…

END_OF_DOCUMENT_TOKEN_TO_BE_REPLACED

My unexpected release from HMP New Hall on unconditional bail last week appears to have somewhat dampened my detractors’ celebratory mood, in particular for the start of the Jewish New Year, Rosh Hashanah. Following vituperative pleas that I be shiv’d inside prison (= stabbed ), post-release whining has reverted to the usual calls for censorship and that I would do well to hang myself. Such nice people. Why they still think it’s a wise move to grant me further publicity is, frankly, unfathomable.

This latest round of persecution has led to my profile being raised further, with messages of love and support flooding in from near and far. Many thanks to everyone for their kind encouragements. Those of you frustrated in your attempts to donate (my latest donation pages at Patreon and Ko-Fi having been suspended with funds sequestered!) can find more information on how to help by clicking here.
END_OF_DOCUMENT_TOKEN_TO_BE_REPLACED

Stéphane Blet is a French classical pianist and composer living in Turkey. In 2005, he was awarded the prestigious title of Knight of the Order of Arts and Literature by Jacques Chirac. A longtime supporter of Palestinian rights, Blet suddenly found himself a target of the Israel lobby in 2017 when he was prosecuted by the notorious pro-Israel League Against Racism and Anti-Semitism (LICRA) – a government-funded NGO that fulfils a similar role in France as do Hope Not Hate and Campaign Against Anti-Semitism in Britain.

Having emigrated to Istanbul to avoid further bullying from what he describes as the Jewish Mafia (see below death threats sent to Blet by members of this same mafia), Blet continues to be politically active and is now subject to further prosecution by another French-Israeli NGO, the National Bureau for Vigilence Against Anti-Semitism (NBVCA), for his videos in support of the French Yellow Vest movement. 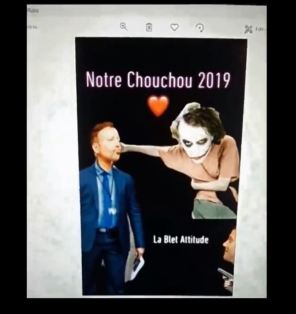 END_OF_DOCUMENT_TOKEN_TO_BE_REPLACED

Of the many moving tributes following the recent death of Robert Faurisson, the video below is one of the most pertinent I have seen so far. Using today’s technology – featuring a mise en scène and dresscode worthy of note and which would certainly have met with Robert Faurisson’s approval – Alain Soral regales viewers with his in-a-nutshell analysis of the crucial importance of historical revisionism and the inestimable contribution made by Robert Faurisson.

Alain Soral is the founder of Égalité et Réconciliation, the leading dissident publication in France with seven million monthly clicks. He is also head of the publishing house Kontre Kulture. Mr Soral kindly granted me permission to translate his incisive impromptu text and redistribute the video below with voiceover in English. You can find the original here.

Many thanks to all who continue to support the revisionist cause. 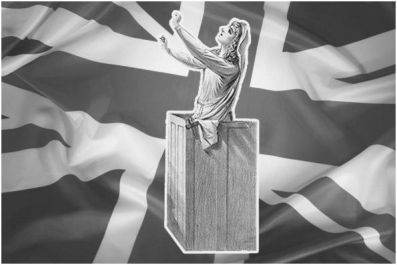