Zionist mouthpiece Jewish News (Times of Israel UK) interestingly takes the angle of free speech. Unlike the Mail, these cheapskates – ha! – also use an ancient photo from my very first hearing:

As noted by Robert Henderson, press coverage of Jez Turner’s conviction is muted, possibly to shield unwitting Goyim from politically incorrect evidence which reveals the nature and the nefarious influence of political Judaism. Although the Mail and others did put out pieces when Turner’s trial began last week, reports are few concerning his conviction. The BBC did however publish a brief local update yesterday and there are several other regional articles. In an Independent piece published today, I also get a mention:

He [Turner] bowed and saluted about 35 supporters including musician Alison Chabloz, who is also on trial, accused of writing and performing antisemitic songs.

I will update this post if and when more articles appear. That British journalists – not to mention alt-lite cap-doffers – are failing to address the issue of further loss of freedom when it comes to SPEECH is a sad indictment of our nation and its people. 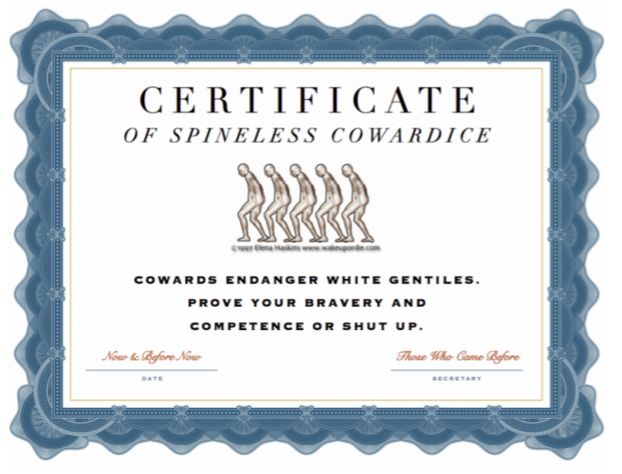 (Thanks to Elena Haskins for the above image).