First off, a slight correction as to my speculations yesterday regards the Tommy Robinson affair. Apparently, Robinson was aware of reporting restrictions on the case. He simply did not understand why these restrictions were in place, namely to avoid jury contamination. Everyone has the right to fair trial. Similar restrictions are currently in place for several high-profile nationalist trials. We cannot complain about contempt rules only when it suits us. Readers will have decide for themselves whether or not Robinson’s actions were deliberately intended to a) jeopardise potential convictions and/or b) to deflect attention away from my case. The most relevant point is that it is indeed the issue of free speech which is the prime motivator of current support for Robinson. We now need to open his supporters’ eyes to those who are in fact behind the desire to further limit our most precious of freedoms.

END_OF_DOCUMENT_TOKEN_TO_BE_REPLACED 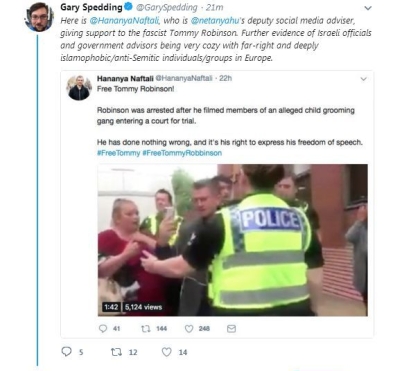 Last Friday, same day as my guilty verdict was pronounced, founder of the EDL (English Defence League) Tommy Robinson was arrested outside a court in Leeds, reportedly for contempt of court.

Reporting restrictions are in place and therefore details are somewhat confused.

END_OF_DOCUMENT_TOKEN_TO_BE_REPLACED 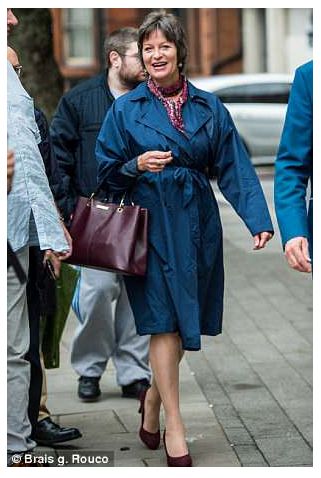 Many thanks to all those who turned up in support yesterday. Press photographers were particularly aggressive: “Are you famous or something?” joked one supporter. The BBC’s Martin Bashir managed to ask one question about the judge’s remarks on my ‘grotesque and shocking’ language ( = song lyrics). I just had the time to respond with “First, they came for the singers,” before Mr Bashir and his recording gear were unceremoniously blocked by a couple of hefty loyal comrades.

In such circumstances, it’s wise to prepare for the worst whilst, at the same time hoping for the best. There is no shame in having been wrongly accused. In any case, what can we expect from a ‘justice’ system that fails to deliver justice to e.g. victims of known paedophiles, preferring instead to go after an artist? Corrupt to the core doesn’t cover it. We live under tyranny and my trial is a shining example. As I said before yesterday’s verdict, if I am found ‘not guilty’ it will be a miracle. The judge had to convict me for all three songs. Miracles do happen, but not yesterday. In the words of a recent song – banned of course by YouTube:

Can you think of any other musician whose songs are such an effective weapon against the system that they have been prosecuted, convicted and sent to jail? 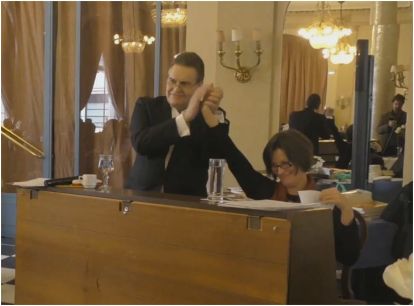 Yesterday, I finally received the full video footage of Italian tenor Giuseppe Fallisi and I performing together in Vichy last year in honour of Professor Robert Faurisson’s 88th birthday. Although the acoustics are far from perfect, it was a pleasure to listen again after all this time. Entitled in Italian Parisian Songs of War Mr Fallisi’s own musical compositions take the words of Baudelaire, Rimbaud and Verlaine – poets studied and taught by the professor. Indeed, the professor first became known to the French public at large because of his work on the poetry of Rimbaud.

END_OF_DOCUMENT_TOKEN_TO_BE_REPLACED 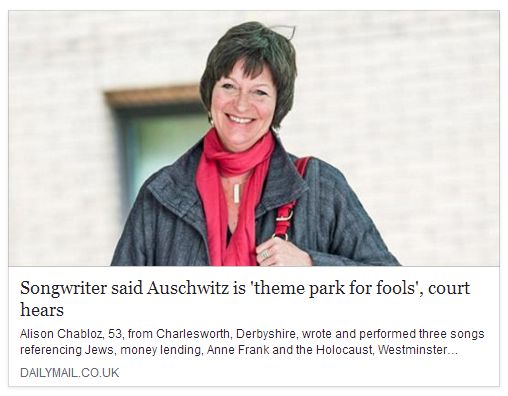 END_OF_DOCUMENT_TOKEN_TO_BE_REPLACED

Update: An expanded version of Robert Henderson’s article can be found here. 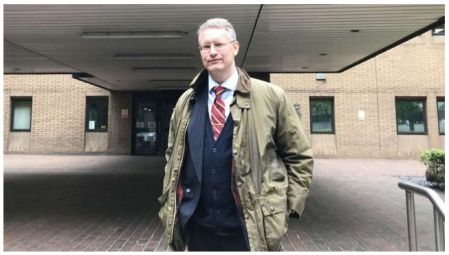 Write to Jez Turner at the following address:

Yesterday Jeremy Bedford-Turner known as Jez Turner was convicted at Southwark Crown Court in London of inciting racial hatred during a speech he gave in 2015 outside Downing Street . In this speech he attacked Jewish influence, most particularly, the Met Police’s support for and enablement of a Jewish security organisation known as the Shomrim . He was sentenced to 12 months, six of which will be served in prison and the rest on licence.

END_OF_DOCUMENT_TOKEN_TO_BE_REPLACED

It’s been an exciting although somewhat tiring weekend. Up with the lark yesterday, Eurostar to Paris to attend the IVth Forum de l’Europe where I had been invited to speak in the afternoon and sing in the evening. Today, Sunday May 13th, I also attended a Parti Nationaliste Français demo in honour of St Jeanne d’Arc.

As and when reports arrive I will share more information and hopefully a couple more photos and videos.

The pace remains intense as tomorrow, Monday May 14th I will be back at Westminster Magistrates for the umpteenth time. Rendez-vous at the usual place and time.

Surely no cohencidence [sic] that Jez Turner will be in the dock at the same time also tomorrow morning at Southwark Crown Court for the judge’s final summing-up? A verdict is expected at 2pm.

Barrister Adrian Davies is no stranger to pressure, and your support at both hearings would be greatly appreciated. Let’s have two full public galleries for this double bill and show the powers-that-be that we will not be intimidated.

First, they came for the patriots… 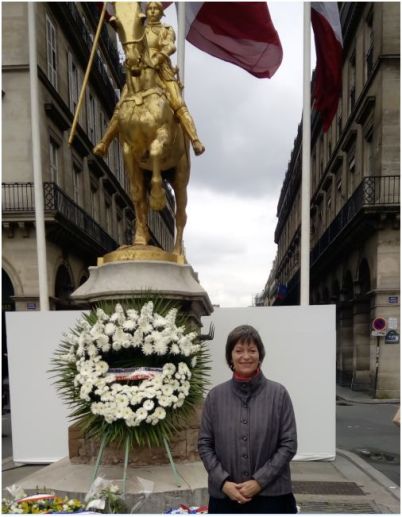 *Scroll down for update

As censorship and repression intensify, aided and abetted by our puppet politicians and conniving media, more patriots face criminal charges, for simply being patriots and telling the truth.

In Germany, Horst Mahler, Monika Schaefer and now Ursula Haverbeck are already behind bars for speaking their minds. Monika’s brother, Alfred, was also charged and fined last week in Dresden for a speech he gave in 2017 which aimed to raise public awareness of the lies and deception forced on all of us – but in particular on the German people – since the end of WW2.

Here in Britain, the trial begins today of London Forum chairman, Jez Turner, for a speech he gave in 2015 at a protest against the Shomrim Jewish police force. No other population group is permitted to have its own vigilante police force: why are Jews being granted special privileges?